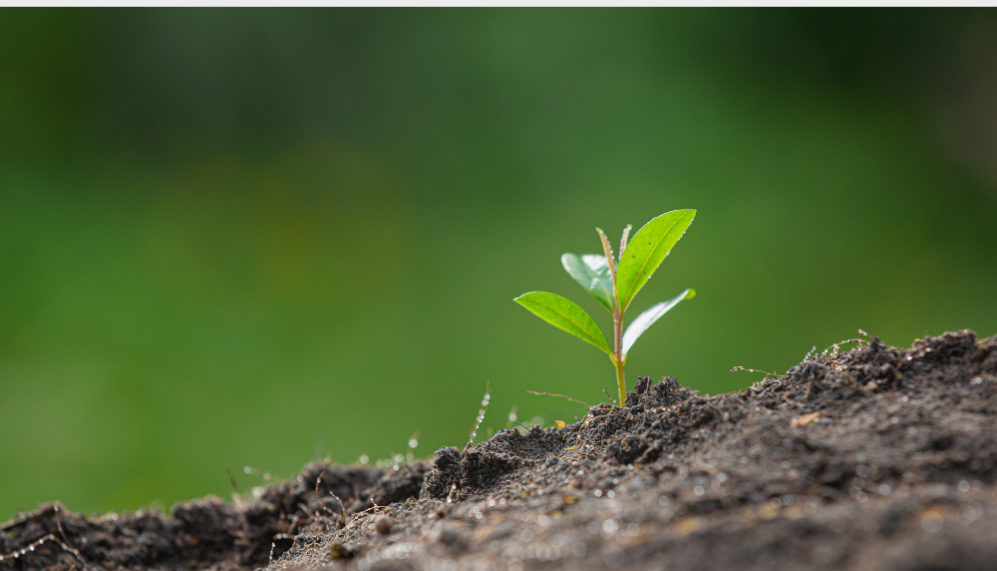 Compostable bioplastics degrade in specific compostability environments. There are different types of composting and different factors influencing the compostability process of this type of material.

In today’s post, we talk about the composting process, the phases of composting and the differences between home and industrial composting.

Composting is the decomposition of organic matter by a series of organisms such as bacteria and fungi that results in a fertilizing and regenerating soil product called «compost».

It is the result of a biological process with the main purpose of stabilizing and sanitizing organic waste and generating a high-quality fertilizer as a result.

The soil regeneration is due to the fact that, in degraded soils, compost increases microbial biomass and organic matter. We can therefore say that by reactivating all the soil’s biological cycles, the soil is brought back to life.

Composting is a biological process

According to the Food and Agriculture Organization of the United Nations (FAO) Composting Handbook, composting is the mixing of decomposing organic matter under aerobic conditions that is used to improve soil structure and provide nutrients.

The composting process is a controlled process that occurs in the presence of oxygen and moisture, releases heat and degrades the organic matter into a stable, compostable material.

The home composting process is usually carried out in garden compost bins. It is a very appealing composting method for many to carry out the process to get their own compost.

The industrial composting process is carried out in specialized plants for this procedure, so the composting conditions are much more controlled and, unlike home composting, there are no heat losses or sudden changes in humidity.

In addition, in composting plants we find a greater amount of waste including a large load and diversity of microorganisms, which reduces biodegradation time periods and makes the process faster and more efficient.

Phases in the composting process

Composting is a process consisting of a series of phases in which different agents and factors intervene. Below, we discuss each one of them.

The composting process begins at room temperature. However, thanks to the action of the different microorganisms, the temperature gradually increases.

This phase consists of the period of acclimatization of the microorganisms to the medium, where they multiply and colonize using simple carbon and nitrogen sources. As a result, the temperature ranges from 20º-40º to 50º and 70º. This phase lasts between 2 and 8 weeks.

Once the temperature exceeds 45º, the mesophilic organisms disappear and are replaced by thermophilic microorganisms, which can withstand temperatures of up to 100º. Thermophiles are mostly bacteria with the ability to decompose complex carbon sources, so they are capable of rapidly degrading the materials added to the mixture.

During the thermophilic phase of composting, the mixture must be moved and aerated recurrently with the main purpose of providing oxygen to the microorganisms in it so that they can continue decomposing it.

These high temperatures are maintained while the decomposition process of the organic matter continues, which can take several months. In addition, at temperatures above 45º, any type of biological contaminant is destroyed, which contributes to the sanitization of the mixture. During this period, pathogens such as Salmonella and fungal spores disappear.

When practically all the organic matter has been transformed, the temperature drops again. At that moment, it must be decided whether to turn the mixture to homogenize it and raise the temperature again or to let it continue decreasing up to 40º-45ºC. At this temperature, which is closer to room temperature, the mesophilic organisms become active again.

After a cooling period and once the compost production has finished, the maturation phase arrives, which also takes place at room temperature and allows the consolidation of new molecules.

During a period of several months corresponding to a slow fermentation, the less biodegradable part of the organic matter is degraded. Here, the compost matures and allows the consolidation of new molecules, adding new microbial populations, as well as new microorganisms such as annelids, insects or mites to complete the transformation.

You may be interested in: Benefits of compostable biodegradable bags.

What materials are used for composting?

According to European Regulations composting can be carried out from different types of materials.

Uses and benefits of composting

Composting is increasingly present in the new circular economy. In fact, in the European Union alone, around 12 million tons of compost are produced each year from municipal waste. According to the report bio-waste in Europe of the European Environment Agency, this practice is carried out especially in countries in the centre of our continent such as Belgium, Germany, Austria, Italy and the Netherlands.

In Spain, according to data from the Ministry of Ecological Transition, more than 3.5 million tons of organic waste are composted every year, where the main destination of this compost is, once again, agriculture.

The compost created from the composting process can be used as fertilizer and for the preparation of cultivation substrates by mixing it with other materials such as peat or perlite.

Also in the context of agriculture, compost can be key for organic farming and for the recovery of degraded soils and land. Due to human actions, such as the use of high-powered machinery and chemical fertilization, the quality of our soils has deteriorated. In this case, organic residues can help restore these soils.

The article «Composting in organic farming» published in the magazine Producción Agraria Ecológica, describes the benefits that compost has for the soil:

How to differentiate between compostable containers?

Compostable containers are those that comply with the EN 13432 standard. The main purpose of this European Standard is to establish a series of requirements and conditions that packaging must meet. Among others, two of the main requirements of this standard are:

If you want to know more about this standard, we leave you this post with everything you need to know about the EN 13432 standard.

To know which packaging complies with this standard, there are certification organizations such as TUV Austria, which awards the Ok Compost Home seal for containers and packaging suitable for home composting and Ok Compost Industrial for those that must be deposited in the organic waste container to be managed in an industrial composting plant. 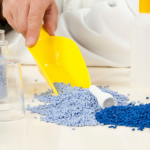 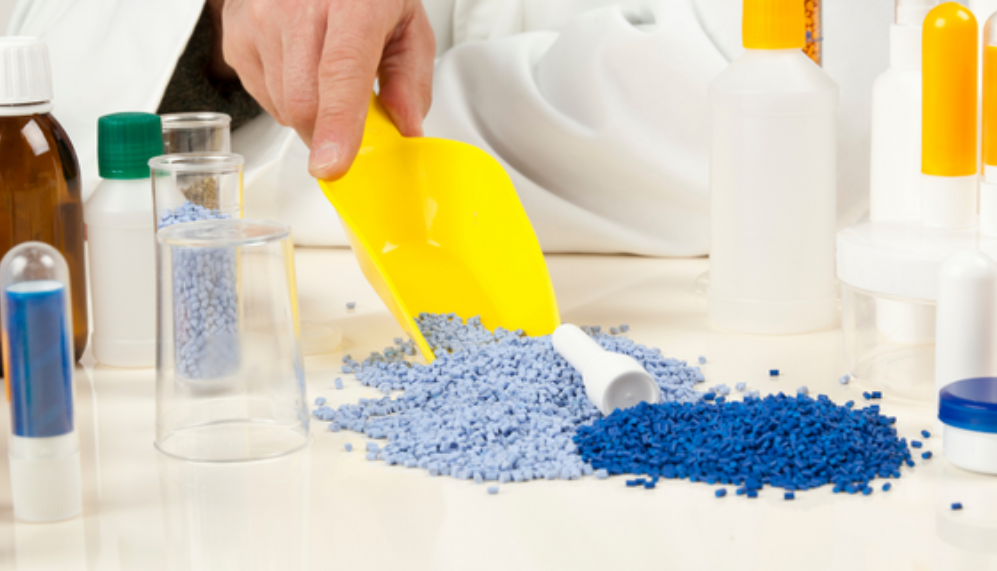 Bioplastics manufacturing and production: everything you need to know 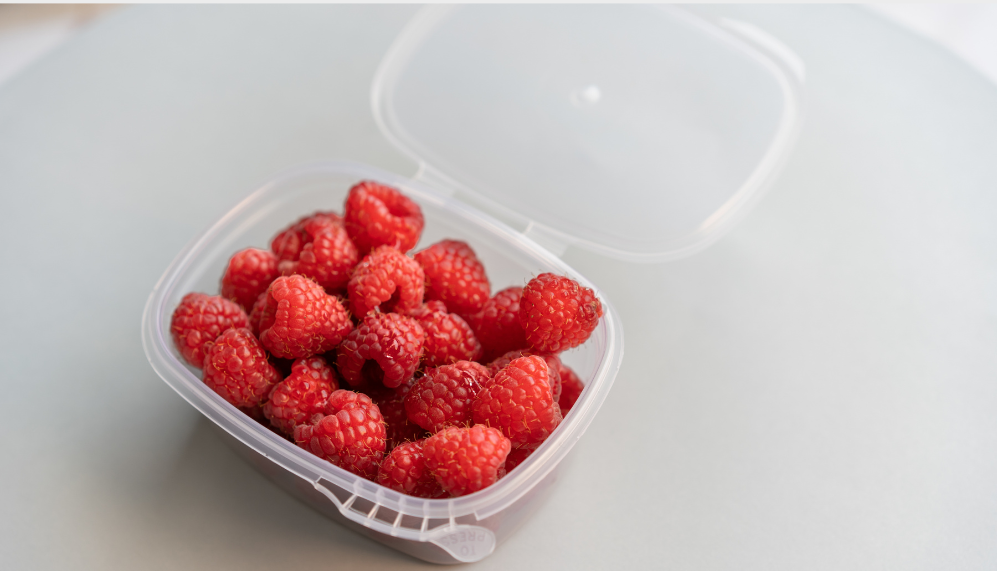 Why sustainable packaging is a good alternative for your business?

Eco-packaging: different types and advantages of using them